Many thanks to Dave ‘Bronco’ Lane for passing this to me at Llanthony last week; it’s prompted me to sort out the Classic MX Wales website.

Christened Derek Norman Griffiths, he passed away on the 18th March, aged 67 in Suckley.

From a young age he was mad about scrambling and his heroes were Geoff Ward and Dave Curtis. On going to school in Bromyard he met other like minded characters. From the age of 11 they would think nothing of cycling to as many Western and Midland centre meetings as possible. One of these was the 1961 Herefordshire Grand National at Howle Hill, some 35 miles each way, not bad for a 12 year old.

On leaving school he gained an HNC in Engineering and started scrambling on an ex-Terry Sleeman Triumph Metisse. That was followed by a 250 Montesa on which he bear Mick Burton to win the 250 class at Red Marley in 1971. Other bikes followed including an AJS Stormer and a CZ.

He also started his own motor business repairing car engines. His DNG race engines winning many Autograss championships for many years. Also he played football and cricket; he was a captain of cricket teams.

He never forgot his bikes and about 10 years he bought a brand new Metisse. With Dave Cooper on board he competed in classic events with some good results.

With Sam everything he did was right, even to the point at Autograss championships he would be there to strip and measure his engines to make sure they were done correctly.

He helped many people from schoolboy scramblers to top Autograss competitors to gain success.

[Below Dave also provided the following copies of the 1971 Red Marley Hill Climb; interested in the 400 Husqvarna / Maico he was riding]. 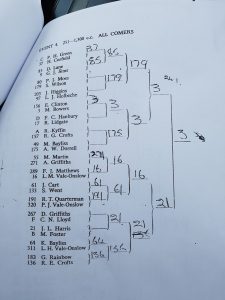 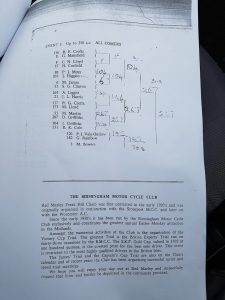 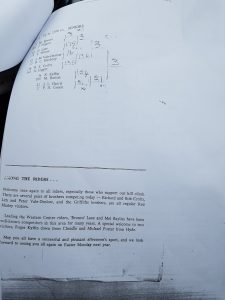 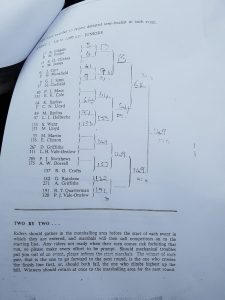 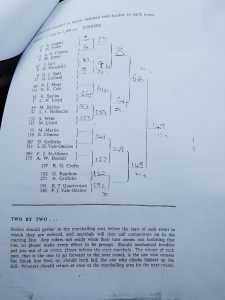 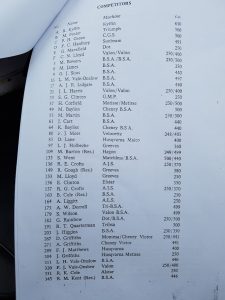 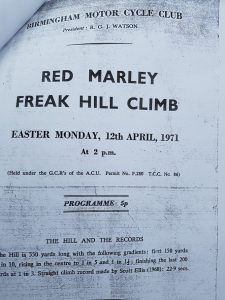