The weather for the 8th April made running round 1 of the Welsh Championship impossible and credit must go to the Teifiside Club who managed to run the event 2 weeks later after Bath Classic cancelled their meeting. It was a well run, well organised event with the usual early season mix of expection and trial runs of bikes that emerging from workshops across Wales (and England). 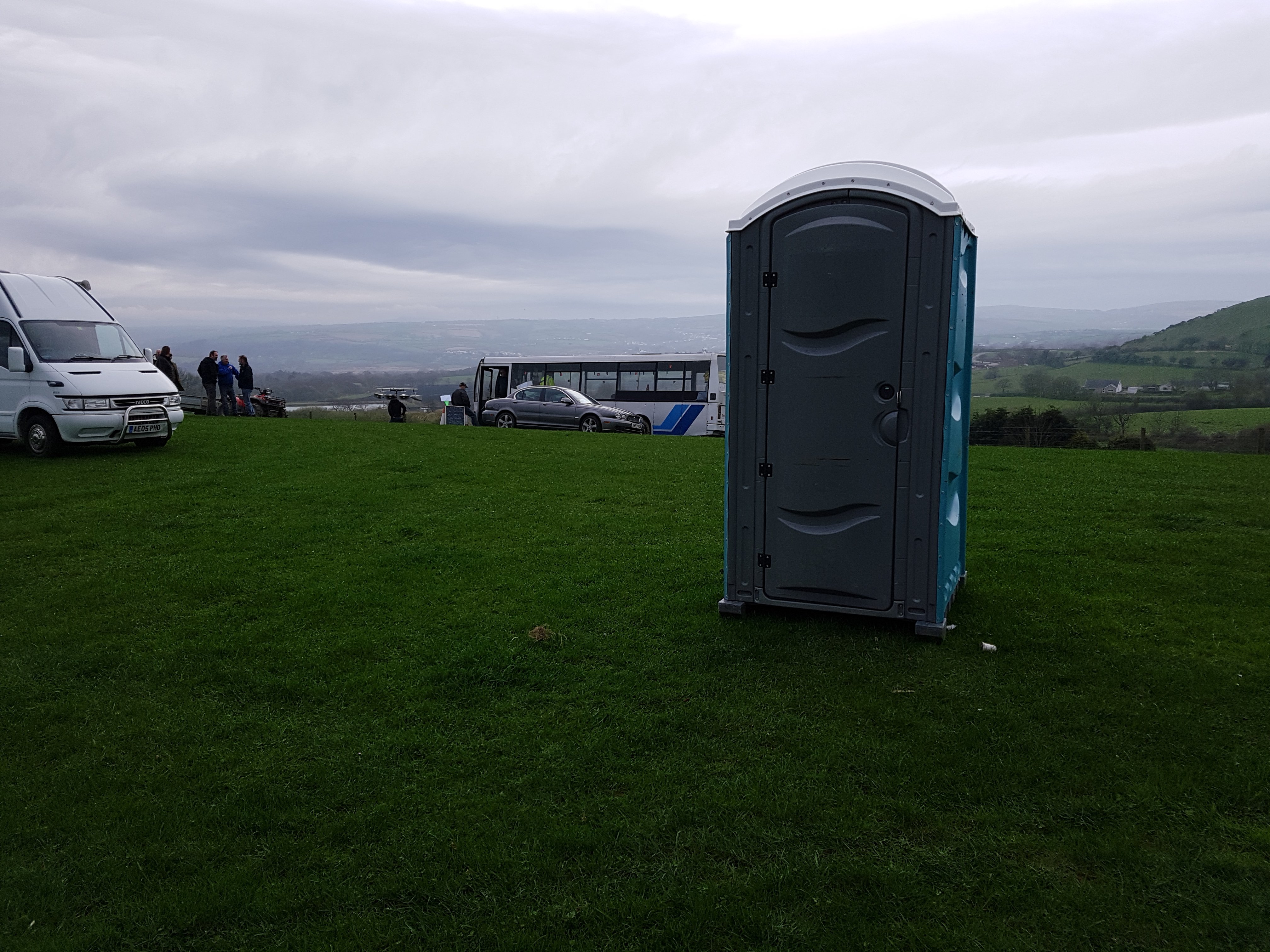 That some of these machines performed well and others less so makes it’s fascinating racing for riders and spectators alike, as the various fixes and modifications splutter to life in the paddock. Based on my own experience some times the old adage of “if it’s not broke don’t fix it” works well though so use of the spanners between races is always needed.

Whilst the entry was slightly down on the 110 expected for the 8th, it’s still a great turn out for the most westerly club in the classic AMCA with people Matt Fry making the long drive from Dorset, to tackle what is becoming a reliable track at Penparc. 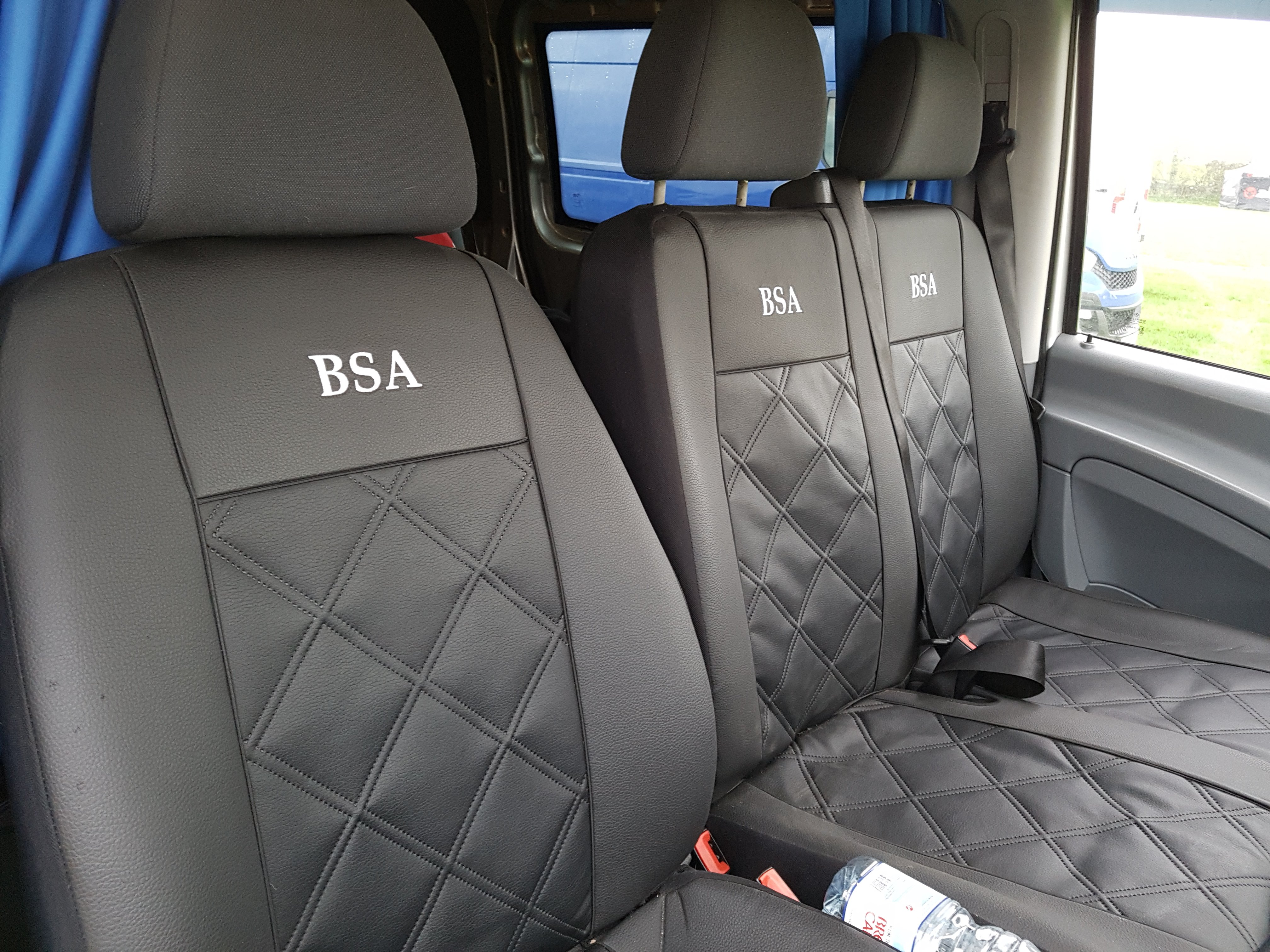 With over 30 twinshocks, the pre78s where moved to race with the pre68/pre74 over 250’s which worked well, but it still left some healthy racing in the twinshock class. Whilst the weather wasn’t great after a few days of sparkling weather the track wasn’t damp and the sun came out for the last block of racing.

Nice to see Andy Mills, Andy Storey and Dan Evans all back riding this season and whilst a couple of regulars from the 2017 season were missing, some new faces and people coming back to classic MX were there also. 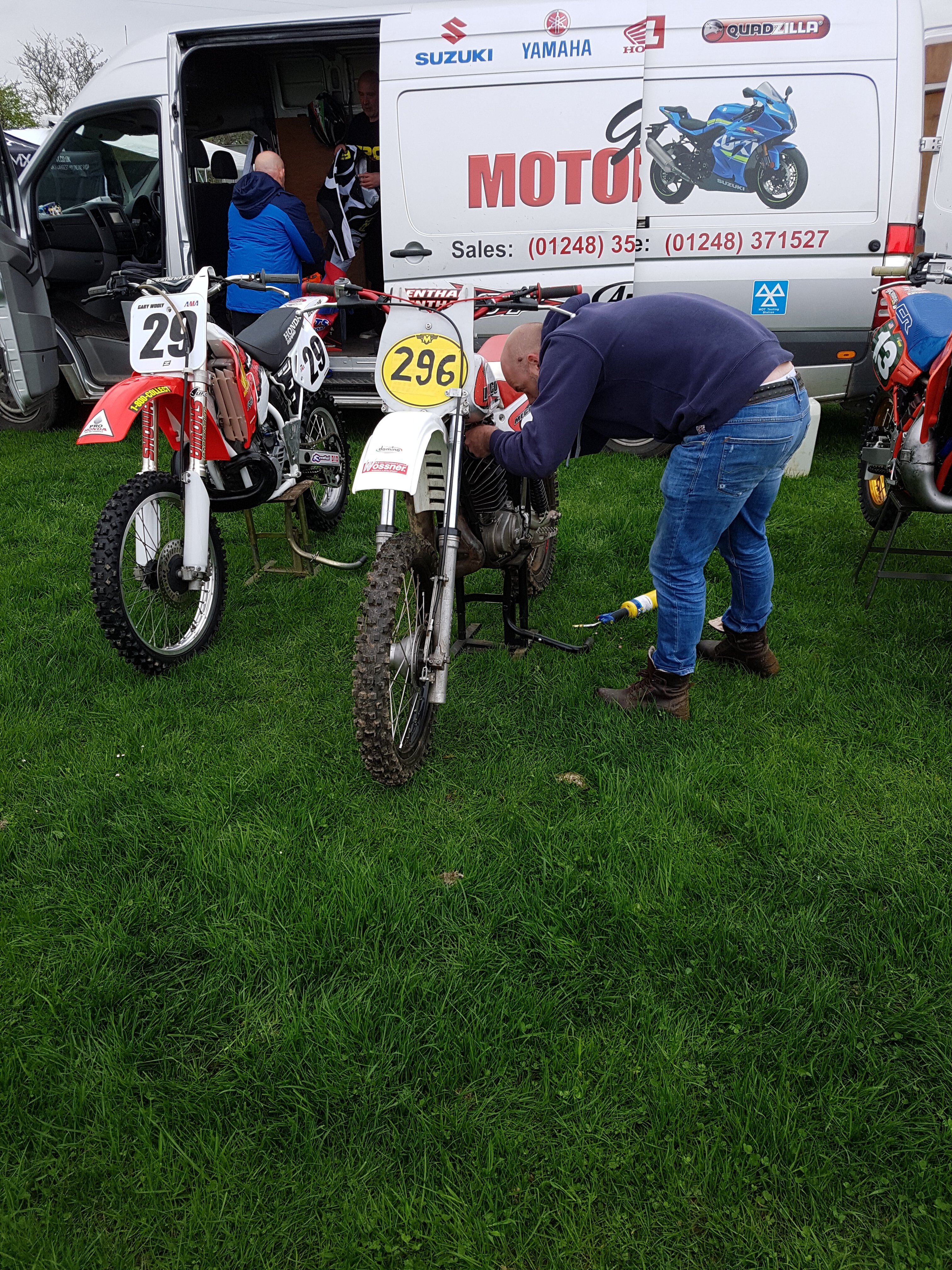 Having ditched the Metisse for a lighter Faber BSA, Paul Govett took the first combined Pre60 & Pre65/Metisse race with a storming performance. After reassuring the paddock that he would be taking it steady in the early racing, Dai Walker nearly lost it after the second corner, before he eventually did on lap 2. Dai had completed practice in his tweed farmers jacket which was only lacking some bailer twine for the complete look.

Riding a 360 Husqvarna, something half the weight of the JAP or Matchless he’s normally used to, Guto Llewellyn got past Andy Carter to take 2nd. The bike is work in progress and it’s shakedown had highlighted a couple of problems with it running hot and a sticking throttle. After crashing through the tapes in race 2 he decided discretion was the best option for race 3 and sat it out. Andrew Davies and Roger Powell, both CZ mounted and both from Pontypool had consistent rides all afternoon. Malcolm Herbert took a 6th and 5th, as well as an 8th on the bolt up Husqvarna and Mark Abbott has two good rides on the BSA after gremlins in race 1 meant a DNF. Billy Carter-Millis had taken the brave decision to not only buy but to also actually ride the ex-Dave Bevan 800cc monster and though it didn’t race 3 it was on the pace for the 1st two heats. The date change meant that Pete Hollinshead and Alan Arnott couldn’t make it, giving Andy Carter 3 straight wins in class and with Jon Britton riding well to take 2nd overall. With 4 two strokes in the pre65 line up (Bolt Up Husqvarnas and Twin Port CZs) things might be changing pre65 wise, just need Peter Lockwood on the DOT and a few Greeves’ to make an appearance. 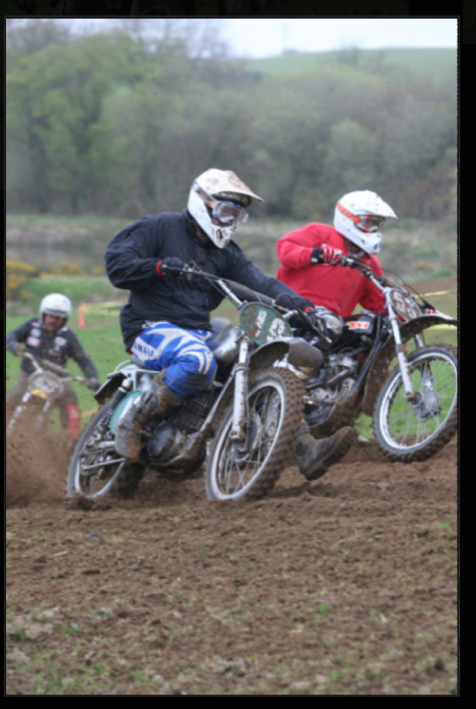 Though 34 twinshocks had entered the date change meant that a few didn’t make it to the line. Also with the pre78s moving to pre74 race, it just about allowed all the twinshocks onto the line with 26 bikes starting their 1st race. After dominating the 2017 season, it was clear that Rhys Edwards was going to have a tougher season, especially with the 2017 pre74 up to 250cc champion, Ben Weaver now also riding twinshock. After considering a Yamaha YZ during the winter he ended up on the ubiquitous 490 Maico and won all three races, though occasional visitor Dean Warren on a Kawasaki pushed hard in all 3 races. As last season Sam Weaver placed well also on the Maico and Tredegars’s Bryan Wilkins on a Suzuki scored well overall. Good to see such a healthy line up of bikes in the class and new (and returning riders) like David Clack on a 500 Husqvarna and Steve Brown. Also with Anthony Guest and Andy Mills in mid table it’s also going to be a competitive class for 2018. 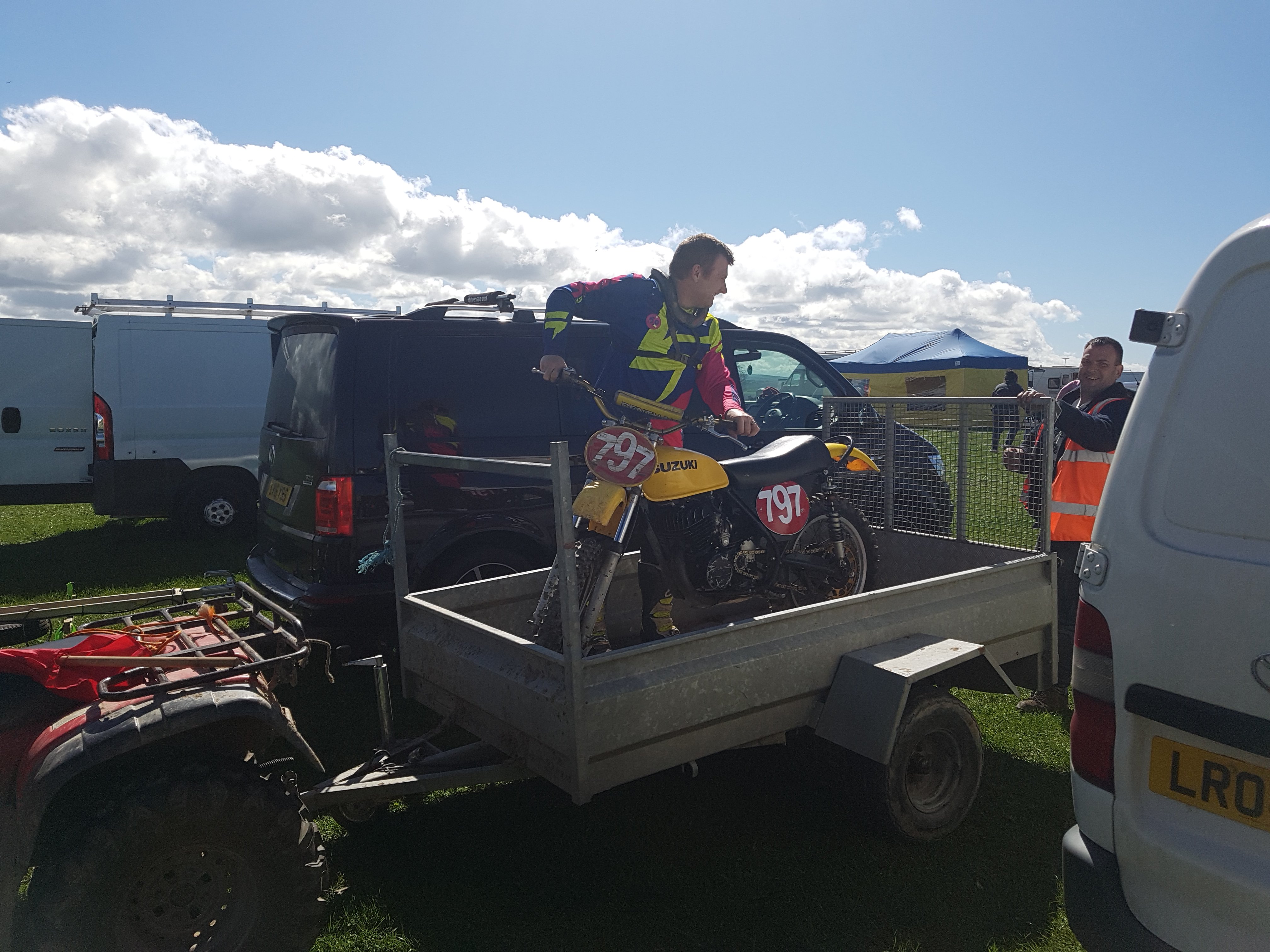 A seized Suziki for Karl Stevens in the last block meant the ride of shame.

I’ll leave the sidecar report to those in the know but the racing went off well with only one small incident.

The pre68 up to 350cc and pre74 up to 250cc class was combined which is usual in the majority of Welsh events but it makes for some really good racing. Tom Owen on the BSA took the honours in class for the day but wasn’t a match for the welcome return of Dan Evans on the 250cc 1973 Husqvarna to take the race wins. The promise of a Honda Elsinore dominated meeting didn’t happen with Ben Weaver’s bike seizing in race 2. Chris Lewis rode consistently on his Honda to score well as did William Guest on the CZ. Keith Roden, after winning the over 250cc class last year had acquired a 250cc pre74 machine and for a first run out after a running in the previous day did well in the points. With Roger Powell and Mark Abbott not scoring points (as they were scoring points on the same bike in other races), Malcolm Herbert on the Hallman framed 250cc Husqvarna was the only person to score pre68 points, with Andrew Owen taking a lower profile this season. They’ll be more people on the line later in the season. 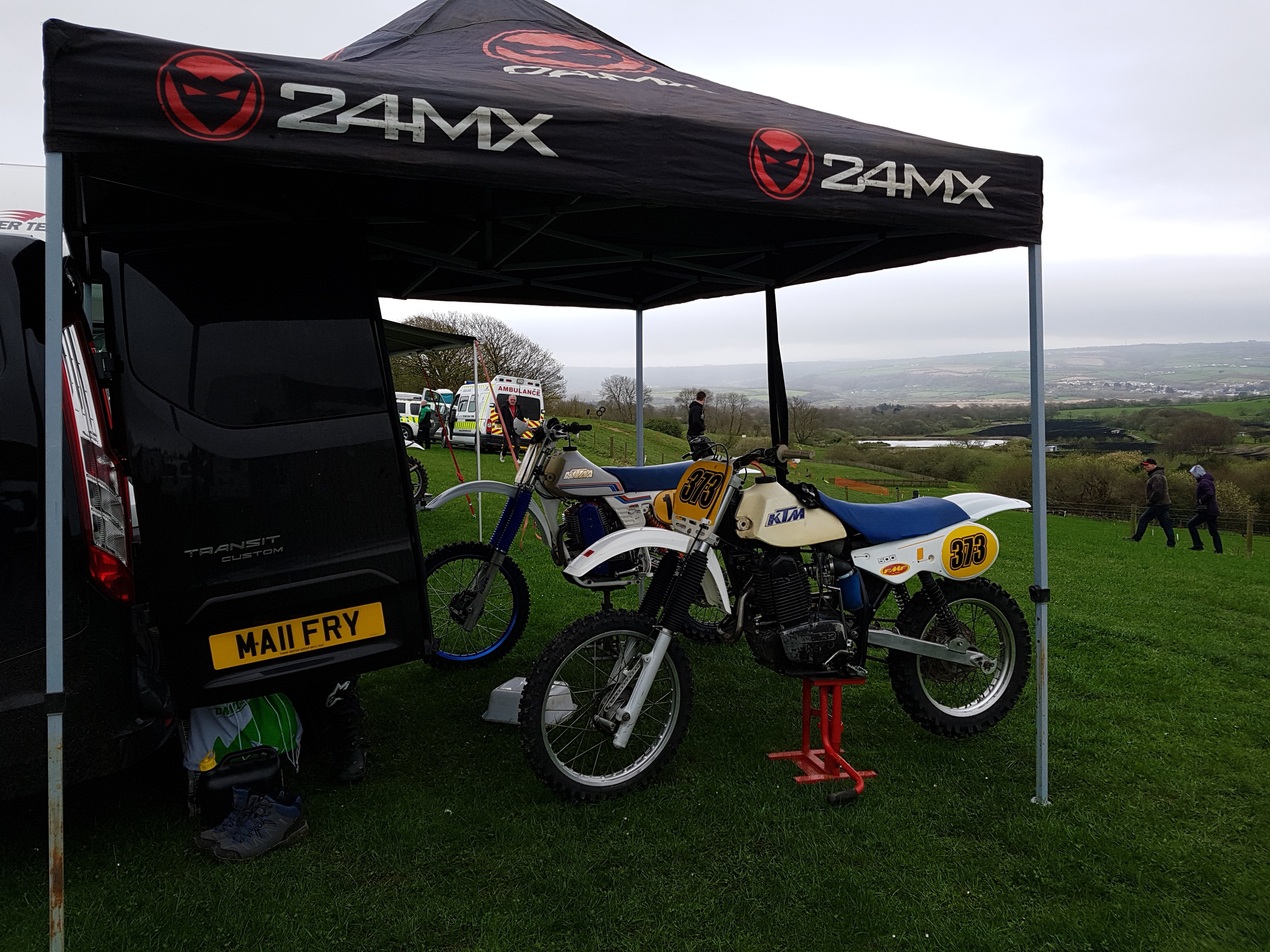 The pre68/pre74 races were run back to back which can mean a bit of a challenge for those riders running a bike in each class. The main battle of the day was between Dan Evans and Shaun Wilkins and though they were in different classes it was close in all 3 races. Shaun took the honours finally in race 3 with a great ride and after riding consistently for 2nd in 2017 he looks like a force to be reckoned with for the title in 2018. Keith Roden, back on his proven 380 CZ took 2nd overall in the pre74 with Ian Fenwick, also part of the Welsh team in Denmark also showing good early season pace, though he was pushed and

eventually beaten overall by Glyn Drake on the Yamaha MX360. Yamaha’s are always a good bike for people getting in to classic racing (myself included) as they are relatively cheap and there are lots of spares around for them.  All from 1973-74, like the Elsinores the specific models weren’t raced readily in the UK till 1975, though there were plenty of the race-prepped YZ250’s around. The SC500 is an interesting bike and though I managed a few holeshots on it, I also ended up being flung across the ropes by it at times.  Fun bikes.

The pre78 race was also combined and after a few mechanical issues end of last season, James Edge took three class wins, though he was pushed by Guto Llewelyn on the YZ250. David Goddard, who has also supported the class well since its inception in 2015, showed some good pace in all 3 races.

In the Evo class, which has more races this season, as Mid Wales will also be running rounds, Lee Jones took 3 race wins ahead of Rhys Edwards as well as other new comers and regulars. Not the greatest line-up but it will be interesting to how the season develops and what the future for class is in classic racing in Wales.

The results and standings after Round 1 at Teifiside can be found on the Google Sheet .  Using this approach is allows the organiser to get results up quickly and also get people to check them and raise any comments and concerns. All scores and results come from the sheets provided by the lap-scorers on the day and unless it can proved otherwise, they are the oracle of information. Hopefully riders and supporters understand its difficult to both ride and check other races at the same time !