Just getting round to read this months copy of Old Bike Mart and whilst good to see an advert for the Adrian Moss Bonanza highlighting the sport, it’s also not reflective of what is happening and what’s now needed in the sport of classic motocross. 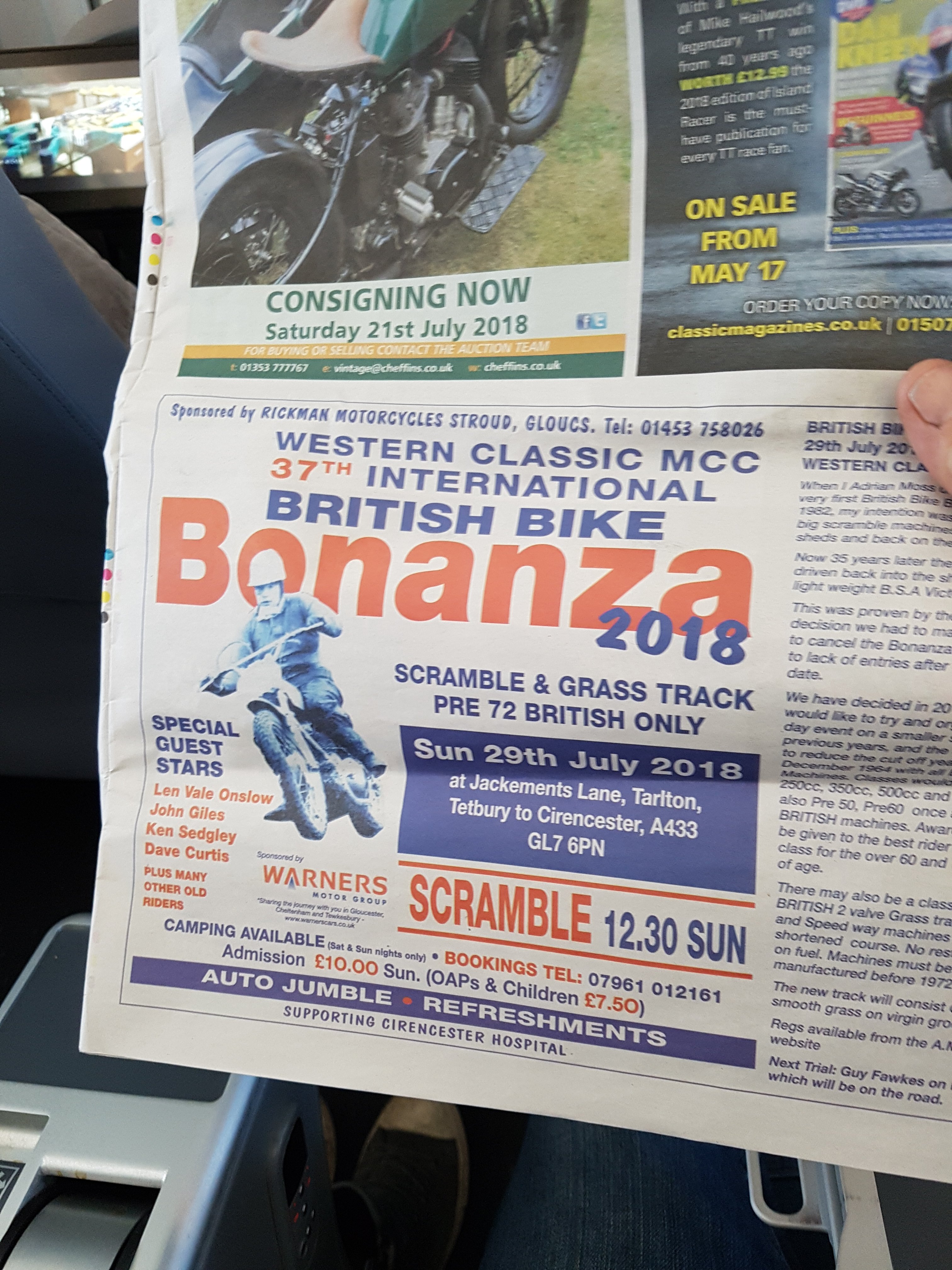 The Bonanza has always had a really complex set of regs which allowed pre65 Husqvarnas and CZ, but excluded later (and British) AJS Stormers. It seems that this has been simplified and though I need to look at the regs, it is now simply pre72 British.

I rode the Bonanza a couple of years ago on the original bolt up Husky I owned and didn’t have the best day with a few mechanicals and a bit verbal abuse in the autojumble beforehand. However it was the stubble track, with no features and a very biased start that stuck in the memory and ensures I didn’t enter in 2017.

The event didn’t run due to lack of entries (70+ with three weeks to go, something most Welsh clubs would happily accept). 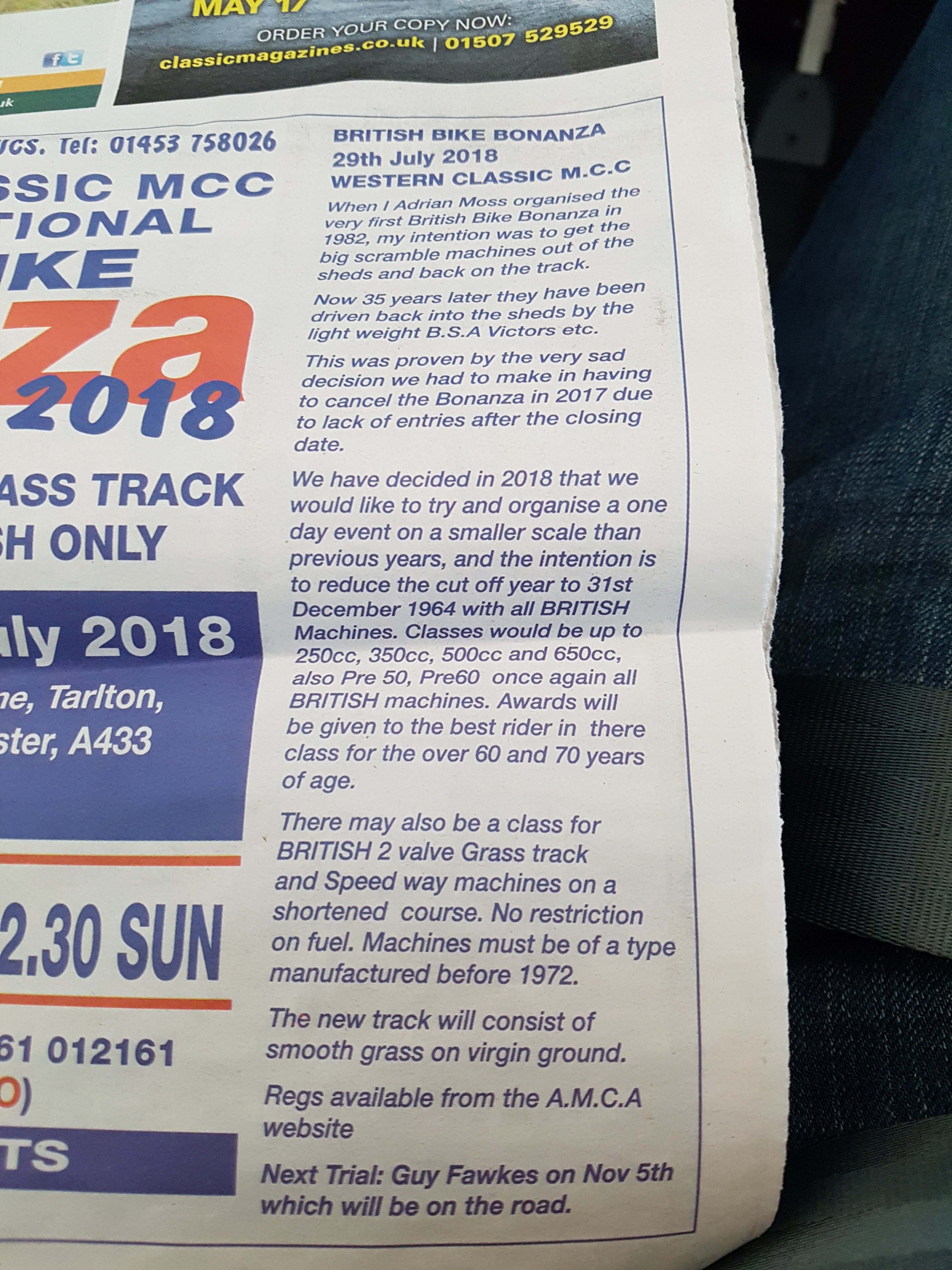 Like King Canute there seems to be another attempt to hold back the tide of time and exclude BSA Victors as well as any overseas machines of the period. Okay there are some pre60 machines and Metisses being raced (with around 10-15 machines appearing in the Welsh Championship each year) but there is a reason they are in sheds and not on the track. Really expensive and not competitive, as well as riders who rode them in the day are 70+.

The classic scene is changing and although I’ve only been riding since 2009 even since then people of a range of ages are taking to older and newer bikes based on what they fancy. For sure you can run pre60 and pre65 races but you struggle to run a whole meeting on that basis. The Bonanza used to get 200+ entries and was the meeting of the year. Yes it’s a shame that doesn’t happen anymore but maybe it’s had it’s time. Hopefully the expectation on entries will be reduced with the expected scale of the meeting. Will be interesting to see what happens.

As for the right hand column of verbage (with spelling mistake) it is a plea but alas one that may struggle to survive. Run other classes and then the new track may interest people. If anyone has Velocette scrambler they want to offer me then I might go.