After the last classic MX event in Wales in September 2019, nobody envisioned waiting 20 months for the next event, but for 90 entries at Narberth last Sunday it was well worth the wait. With an improving forecast all week, the rain that did fall only improved the track after some judicious Saturday night watering by the Narberth Club to sort what was a rock hard surface.

With a good classic entry and strong support from Twinshock and Evo riders, as well as the Sidecars, there was a strong line-up for all 23 races, with visitors from England as well as the usual Welsh Championship regulars.

The Pre60, Pre65 and Pre68 classes were all combined into a single race and following the withdrawl of Guto Llewellyn on the pre (Boer?) war JAP it was left to Andy Carter to claim the class honours, though on the day he was well behind the 3 Pre68 riders, with Welsh Classic MXdN team star Sean Wilkins ahead of BSA mounted Sam Gittoes, whose change from CZ shows that for some, 4-stroke is much better suited. Riding a 1960’s CZ, whilst sporting a 1980’s haircut, local Alistair Devall showed good style and pace all day to be 3rd in each moto. Malcolm Herbert on the Tribsa headed up the Pre65 class after some battles with Andy Davies, also CZ mounted. After the practice crash at Llandrindod Wells last year, good to see Jess Yates up from Dorset and riding well on the twinport CZ too.

The pre74 up to 250cc class was well represented and continues to be the best represented classic line-up. Dan Evans continues to be the dominant rider, though he was pushed hard by Dan Griffiths who’d invested in a Honda Elsinore for the 2020 season and was finally able to put it through its paces. Dave Love had also been on the Elsinore trail for 2021 and Martin Stephens once again made the trip down the M4 / A48 to race his too. However they both found themselves behind Gary Warr on the Ossa.

Another visitor from the south west, Mark Gledhill, on his CZ pushed Dan Evans in the pre74 over 250cc race, with Guto Llewellyn pushing the autojumble YZ 250 to 3rd in race and to lead the pre78 standings. Keith Roden rode well in both pre74 races and with other riders who’d not ridden in England in 2020, enjoyed getting back on the track after the long layoff.

Some good racing for the sidecars, though the modern outfits were well ahead of the classic, but most notable was Brian Bodfish’s turnout in two races, not bad for someone in his 80’s. This is the embodiment of classic motocross. 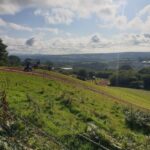 Results and Standings from Teifiside, Round 3 Classic MX Wales 2021 Championship 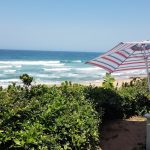